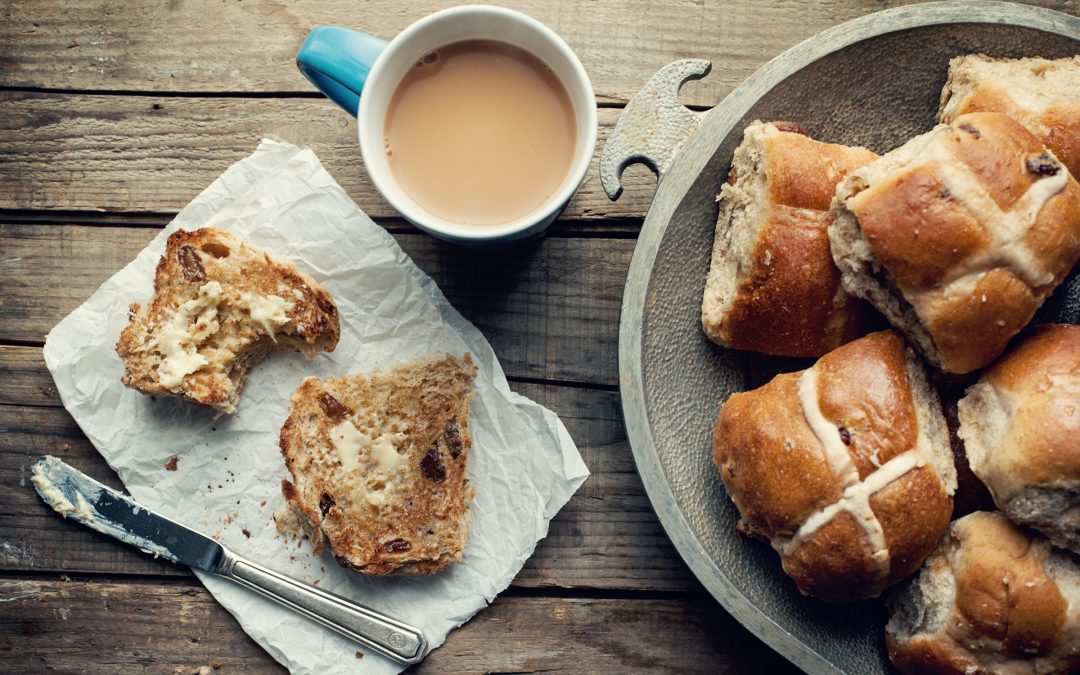 There’s something magical about a warm, fluffy hot cross bun, and it’s even better when it’s fresh out of the oven.

The team at Hanley’s Farm has found the ultimate homemade HCB recipe for you to try this Easter. This tried and tested recipe by the talented The Kiwi Country Girl is sure to produce the best buns you’ve ever tried.

1. Add milk, water and brown sugar to a microwave proof jug or small pot and heat until warm to the touch (about 45°C/110°F) Whisk well to dissolve the sugar. Pour into a large bowl, or the bowl of a stand mixer and sprinkle the yeast on top, stir in and leave to sit for 5 minutes.

2. While you are waiting, add 2 ½ cups of flour, salt, cinnamon, mixed spice, nutmeg, raisins/currants and mixed peel to the bowl of a stand mixer or other large bowl and whisk together.

3. In another small jug melt the butter, add the egg and vanilla and whisk together until all ingredients are incorporated.

4. Once the yeast has started to bubble, add the flour mixture and butter mixture to the yeast mixture and using the dough hook attachment on your stand mixer, knead for 7-8 minutes until the dough springs back when you press it. If kneading by hand, combine the dough with a wooden spoon and then turn it out onto a lightly floured surface and knead for 10 minutes. Add a little more flour if the dough is sticky.

5. Cover the dough in gladwrap or a clean tea towel and leave to rise in a warm place for 60-90 minutes or until doubled in size.

6. Once the dough has risen, punch it down gently and turn out of the bowl onto a lightly floured surface. Split the dough into 10 evenly sized pieces roll into balls and place on a baking tray lined with a silicone liner or baking paper, so that they are almost touching. Cover with gladwrap that has been lightly sprayed with cooking oil and leave to rise in a warm place for 40 minutes.

9. Bake the buns for 20-25 minutes, until the tops are golden brown. While the buns are baking, prepare the glaze by mixing the sugar and water in a small bowl and microwaving until the sugar has dissolved.

10. Remove from the oven and brush the buns with the sugar glaze and allow them to cool slightly.

11. To serve, slice the buns in half, spread with butter and enjoy!

12. Buns will keep in an airtight container for 3 days or can also be frozen. They are definitely best served the day of baking but you can zap them in the microwave or toast them on day 2 or 3 and they’re just as good!

Recipe via The Kiwi Country Girl 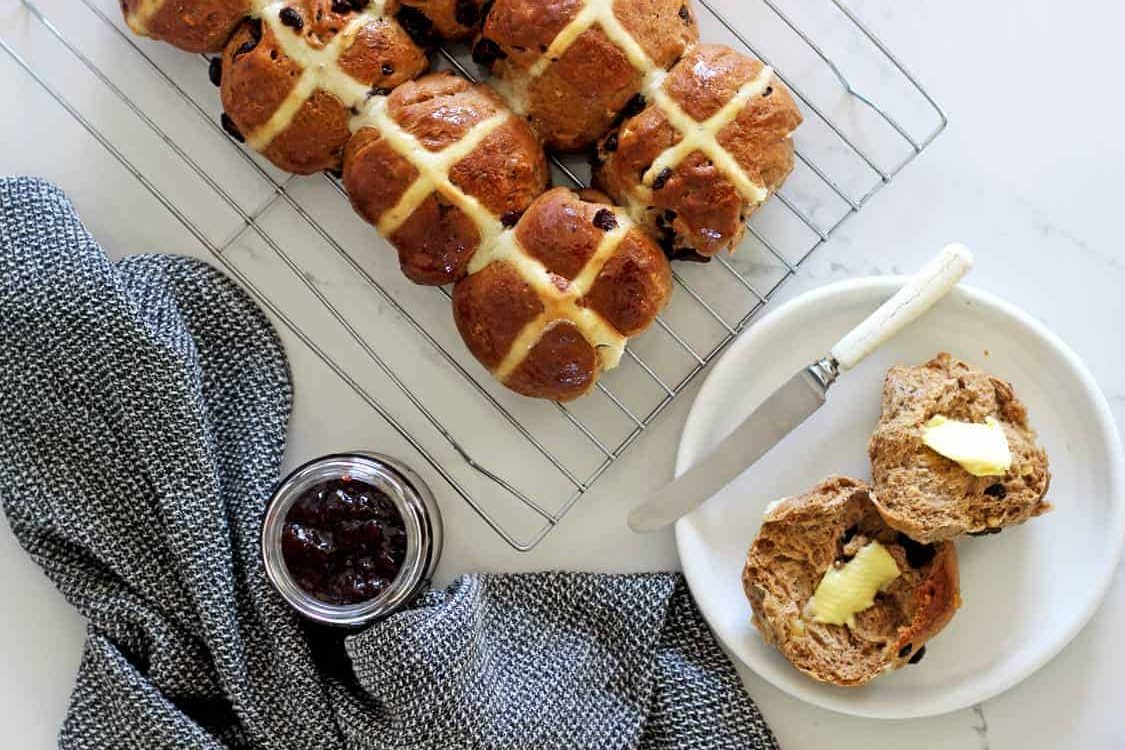